Hit enter to search or ESC to close
Press 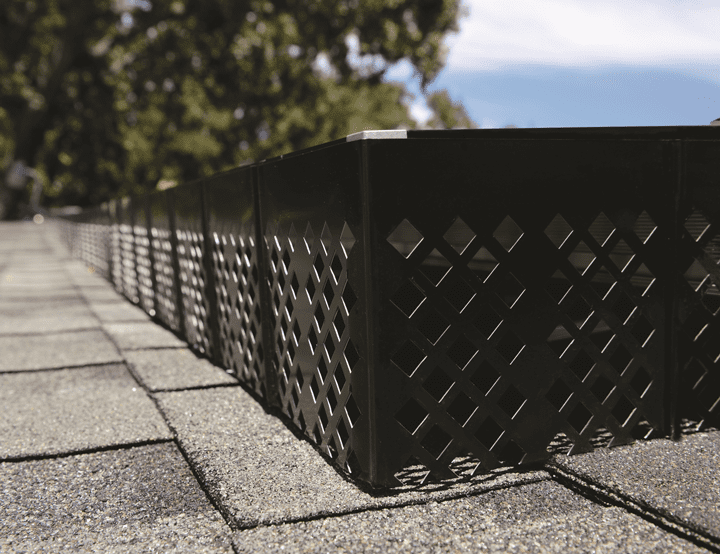 What are the primary features of SPI that you focus on?

Each year marks a different stage in the SolaTrim evolution, so while we try to get a good spot on the floor, we find that the booth location is really secondary to the advance notice we send out to our target market – the installers primarily and then the solar distributors – and tell them what’s new with SolaTrim and how we’ve grown from the previous year. This year we bought an SPI web listing and placed graphics, copy and press releases there for interested show attendees and exhibitors. We ended up with a full appointment calendar and more than 50 attendees who made a visit to our booth part of their show agenda.

What makes SPI an important show for your company?

There’s many aspects. I love the feedback we get from our customers which lets us know how we’re doing plus what we didn’t know but are happy to learn. In a digital world, there are many contacts and customers I know from email and phone communication but have not met them face to face. SPI is a perfect place to get up close and personal with your customer base and put the faces to the names. Finally, it’s exposure. We do our best within our marketing budget to grow our brand, but at SPI the entire global industry may walk by your booth and that’s as broad and as targeted as one can be at the same time.

What is the main goal of your SPI booth and presence at the show and do you feel you accomplished that?

Since we’re a single product manufacturer, it’s easier for us to focus on what we offer and state our value proposition clearly and quickly. The floor team knows what to ask visitors and how to present our value to them. And for the most part, visitors are receptive and give us quite a positive response. We know SolaTrim is a one of a kind product, and the industry is starting to recognize that in greater numbers. So we keep it simple: Protect, Beautify & Profit.

What does SPI do right and how could they improve?

I can’t imagine the challenges of putting on a show this size every year, but largely, I feel they do a very good job. The new options, programs and offerings put in place this year to help monetize the show were in evidence, however, and some exhibitors might have been caught off guard by it, but in the end, we feel we got our money’s worth. But, even having an appointment with SPI staff, it did take an hour to reserve our space for 2017 and I would much rather have spent that time at our booth. I’m sure they’re looking at fixing that logjam for next year. Also, the show being in two separate buildings this year was unfortunate, and I’m hoping they will avoid that type of situation in the future. But, moving to Mandalay Bay in 2017 is a great move.

What was the reason behind the development of SolaTrim and how did it come about?

From my time as Construction Operations Manager for a solar company in northern California, I realized that the construction model for residential solar as it was presently being installed, was incomplete. The backside module area was extremely vulnerable to any and all sorts of intrusion and/or environmental damage: rodents, squirrels, pigeons, leaves, debris, ice and snow buildup, etc. And that rolling a truck to repair this type of damage, minor or major, was an unanticipated and unbudgeted expense. Also, the solutions available at the time were either unattractive, difficult to install, or both.

My partner, Bill Lasell, had an idea that stemmed from his use of adhesives in the gutter guard industry and asked me if there were any similar applications I could think of for rooftop solar. We decided to throw in together, went to the drawing board, then took the prototype barrier design to SPI 2014 to get industry response, back again to the drawing board for revision, applied for patent protection, and started production in January 2015.

What have been the challenges of bringing a product like this to the industry?

There was initial skepticism over the durability of the adhesive, but 3M is a trusted name, and has posted plenty of test results online regarding their VHB adhesive tape, so that was just a matter of educating the doubters and exposing them to the available material. There was never a doubt in our minds we had the right fastening method.

Secondly, we had to introduce as many industry people as possible to the SolaTrim concept, especially those in the geographic areas where this type of problem is more prominent. In an industry that’s as frenetic, fragmented and volatile as solar, it isn’t easy to capture and hold people’s attention.

For that, we teamed with the Palmer Ad Agency of San Francisco to make the website as informative as possible, outlining the problems caused by this lack of system protection. We also blogged, issued press releases, developed a case study, and added a demonstration video. Digital networking and web marketing drove traffic to the site {www.solatrim.com} and by networking at trade shows like InterSolar West and SPI, we started to build our distribution channel.

Finally, we needed someone from the residential solar sector to give us a stamp of approval. We were fortunate enough to have Mark Roe, former COO at SolarCity, come on board as a partner/investor. Mark shared our vision right away and has since brought tremendous credibility to SolaTrim as a way to impactfully move the needle toward greater profitability and success for the residential integrators and installers.

What methods has SolaTrim LLC used to drive adoption?

Well for me, the tried and true marketing tool is the testimonial. For that, I point to two examples. The first is our published Case Study with Haleakala Solar in Maui where they used SolaTrim to overcome two of their obstacles to greater success – one, HOA mandated protection that would also enhance system aesthetics, and two, a pest-abatement barrier that would stand up to both tropical winds and persistent island pests. They’re extremely happy with the SolaTrim solution we offered.

The second was a solar installer in Massachusetts – SunBug Solar of Somerville, MA. They gave us a try last fall and, after working with them on methods and techniques particular to the New England climate, they incorporated SolaTrim into their rooftop kits. The SunBug executive team of Cheney Brand and Ben Mayer have been 100% supportive of our product and have cheerfully fielded several inquiries from other installers asking about SolaTrim effectiveness. They’re our largest single installer customer in the Northeast U.S. to date and we can’t thank them enough for their support.

Together, those two company’s testimonials have driven a lot of business our way and helped us grow our brand awareness.

From where have you gotten your greatest support?

It’s come from unexpected places. I was approached by Fronius of Canada about our product and, after providing them with the requested product specs and marketing information, they gave us a product endorsement in a white paper published on their website. We were very pleased with that.

Another Canadian company, Icarus Power Generation, has gone all-in on SolaTrim with a volume commitment and we are working with them further about how they can help us spread the SolaTrim gospel across Canada.

Another unforeseen, but fortuitous occurrence was the revision to the Canadian National Electrical Code, enacted in May 2016, for Mechanical Protection Against Rodents. Stated here:

Rule 64-210(5) requires mechanical protection against rodents for PV source circuit conductors on or above a building, where the dc arc-fault protection (when required) is not located at the module.

This revision to the NEC code had the Canadian Residential Solar Industry searching for the best rodent guard solution and has enabled SolaTrim to acquire a growing market share there.

It’s pretty bright. Since we exhibited this September at Solar Power International, we have received serious inquiries from firms in Canada, Australia, Mexico and the UK about making SolaTrim available in those markets. And while this is taking place, our US market continues to grow, especially in the Northeast US, where squirrels are eating solar profits.

What’s the Value Proposition with SolaTrim?

To present a credible Value Proposition, we gathered information collected from our own survey of 660 solar installers regarding system protection, aesthetics and customer preferences, through the interviews we conducted with some O & M firms, plus the numbers derived from Mark Roe’s tenure at SolarCity and my own experience as a Solar Const. Ops Manager. With that data, we calculated what would be reliable, credible results of adding SolaTrim, a proven, aesthetic and effective system barrier, to the residential model.

We were able to demonstrate a substantial return in combined Gross Margin, O&M Impact and Cost of Acquisition derived from adoption of SolaTrim that can add up to as much as $.20 cents per watt. In fact, our conservative projected increases in Referral and Closing Rates provide a third of that return. With the SolaTrim barrier on the system, Warranty calls are now reduced down to the incidence of component failure, so a huge positive impact on O&M budgets.

It’s literally a product that can pay for itself: the greater number of projects it’s installed on, the greater the return. Whether you install 50 systems a year or 5000, a significant ROI is possible by adding SolaTrim protection to the rooftop system.

About Bob Smith
Bob Smith – President of SolaTrim LLC, is a Bay Area native with 25 years in Construction Management. Bob headed up the Construction Operations for 2012 startup Paramount Solar overseeing the installation of over 2000 residential solar systems. Bob also has an extensive background in Media Marketing, New Business Development, Digital Marketing, and Sales.